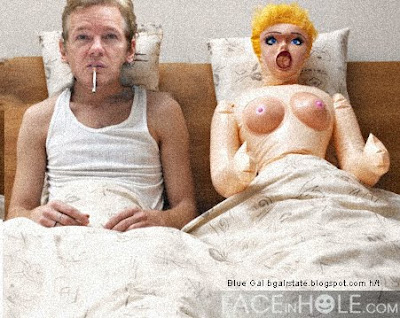 Julian Dahlink, from now on, all your Asian groupies are 'made in China,' since you're revealed to be such an adorable sweetheart of a love muffin in this interview [WARNING - link goes to autoplay]

He said he believed the most probable explanation for the allegations was that two women "found out that they were mutual lovers of mine and they had unprotected sex and they got into a tizzy about whether there was a possibility of sexually transmitted diseases.".

MUTUAL LOVERS!?! Just under the wire, it's the euphemism of the year!

And "tizzy"? Oh don't worry about the misogyny, Monsieur Assange, you won't have to be in proximity to a real woman again, um, ever.

To be clear, "mutual lovers" does not tranlate into "victims" of anything other than truly dickish behavior on the part of a free speech hero who is also a cad.

Also, reading the European press on the issue (which is really important h/t Susie Bright, always worth the listen) it's clear the charges are complicated by laws different from ours.*** The women involved may or may not have a case against Assange in a European court of law, and definitely do in the court of public opinion, but any debate about "rape charges" requires figuring out what Sweden thinks that is, and that will be played out in the courts, not the blogs.

***By the way, feminists should stop linking MoFo Wapo without a warning, and certainly not as their "evidence" that this is all about rape. Find some serious journalism or don't blog about it.
permalink 9:03 AM