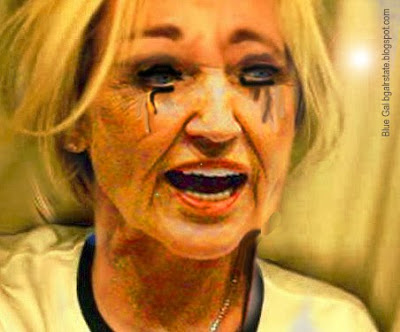 Now she says everyone coming over the border illegally is a drug dealer and comparing them to Hezbollah. Even McCain won't go that crazy, and that's saying something.

Uh, okay Governor, we'll leave Arizona alone, but not before we thank you for the fabulous boost you've given to "community organizing."

I feel for the family of the man shot by a drug cartel on the border. Very much. That should be an international incident and the National Guard (most of which I expect is in Iraq/Afghanistan) should have been called out immediately. Seriously. Let it be a border war over illegal drugs, and let's debate THAT. But getting papers on everybody? What drugs are YOU on, Guvner?
permalink 2:00 PM

Email ThisBlogThis!Share to TwitterShare to FacebookShare to Pinterest
Labels: photoshops