Chris Bowers finally gets around to burying our bodies. 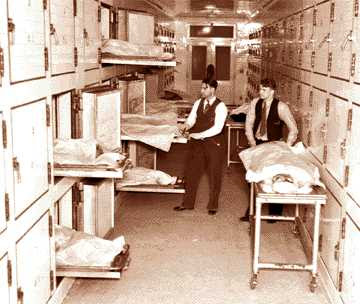 Chris Bowers declared all the non-A-listers dead back in 2007. Now he once again posts at Open Left, aka Bowers and Sirota's House O' Really Tiresome Self-Congratulation, in an agonizing post "Amateur blogosphere RIP" and its completely unnecessary follow-up, even more endless "analysis" of why anyone not already invited to his personal a-list circle jerk might as well hang it up.

Apparently Bowers is prompted to advertise his obviously constant navel-gazing by the hiring of the 538 blog by The New York Times:

Anyway, kudos to [five thirty eight's] Nate Silver, and RIP to the amateur progressive blogosphere. It provided a regular feeling of revolutionary ecstasy while it lasted, but there was no way it could last very long. It was a transitional period into a new media and political paradigm, not a new paradigm unto itself.

First of all, Chris, fuck you. Secondly, five thirty eight was never actually a blog. It was and is an amazing electoral statistician website published daily. There is a huge difference between what 538 does and what any of us do. They are a niche unto themselves, period, and whoever had the money to buy what they do, it's worth every penny.

And also, Chris, be careful what you wish for. I for one am very worried about this so called "trend" that a-listers are being bought out as activists. Frankly, I smell another payola scandal brewing, like the one that brought down Alan Freed (corrected, thanks commenter Gary) and put rock n' roll radio in the 50's onto the scandal sheets. I got your "analysis" right here:

1. The FTC is already fining bloggers threatening fines to bloggers and companies who promote products on their blogs without disclosing the arrangements they have to receive those products for free. (again thanks to Gary for the correction.) How long before they want to know exactly who is paying the "activist" who blogs about specific progressive issues? It might be great for, for instance, Greenpeace to hire or pay a blogger who has expertise in environmental issues, but if they continue to blog single shingle, and don't disclose the relationship they have with Greenpeace, the feds have precedent to come down hard when their single shingle blog says the Greenpeace bill is the only environmental bill worth passing.

2. The bigger a blog gets in terms of its own PACs, the more transparency is expected of them. Holding fundraisers for stuff like "Tell Blanche Lincoln to go to hell" sure does bring that regular feeling of revolutionary ecstasy Chris mentions, but it harshes the buzz to find out that a lil' ol' blog fundraising shells out over a hundred grand for "strategic consulting" (yeah) including 24K a piece to two of the bloggers. At this rate, it will take me until approximately the year 2311 to make that kind of paypal scratch. But then again I suppose answering memos of inquiry from the Federal Election Commission requires a lot of Strategy and Consult. More of my personal feelings regarding that blog at Rachel Maddow's comment thread.

I don't begrudge anyone making money from political action and advocacy, but if right wing hate radio gets wind of a problem with how progressive "bloggers" earn and spend their fundraising dollars (full disclosure: every other month I use my fundraising dollars to gas up my minivan and sometimes treat myself to an actual latte) it will bring us all down.

3. Finally, let's call "paid progressive activism" what it is, Chris. LOBBYING. There's nothing wrong with lobbying for progressive causes, God knows. But when a progressive gate crasher blogger becomes an inside the beltway paid lobbyist, the blogosphere doesn't die. Those people, you included, are simply not bloggers anymore.

ps. Here's my paypal button. Thanks to my terrific readers for their generosity. I love you folks.

Email ThisBlogThis!Share to TwitterShare to FacebookShare to Pinterest
Labels: Don't they know about KARMA?