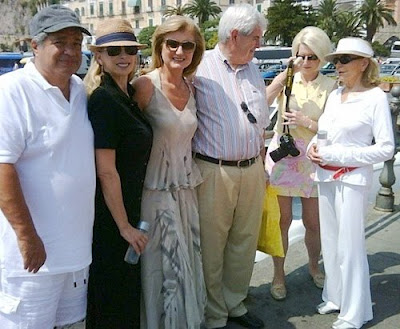 Hey @KeithOlbermann, can you explain why Arianna is palling around with terrorists?

Via Jim Newell (who will forever be Wonkette to me no matter what) at Gawker, h/t Driftglass:

Arianna Huffington is in Amalfi, Italy, apparently, mixing it up with Newt and Callista Gingrich, mega-entertainment lawyer Allen Grubman and his wife Deborah, and Barbara Walters.


Unfortunately, we have no soundtrack to figure out how this photo came about.  If I wanted to be generous with Arianna, I might infer that to get back at him for DESTROYING AMERICA, Ms. Huffington had walked up to his gathering and suggested that she and the Gingster use their armpits as fuck toys in front of Barbara Walters and Blow Job Queen Wife Number 3 (tm Tengrain).


Watch this, Barbara!  I'm going to give Newt here a woody using nothing but our armpits!   Betcha that  Elisabeth Hasselbeck can't do this!  What's it like on The View to sit next to that right wing bag of scented tampons?    Whoopi must be in a constant state of upchuck.  Speaking of upchuck, isn't Callista late for the vomitorium?  Uh, I gotta go now!

But I'm not generous with Arianna.  Not a bit. 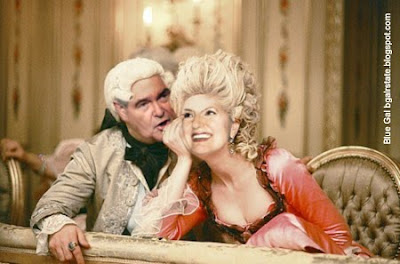 You'll make me the next Sally Quinn?   Of course you will, Dahlink!
But I must know who does Andrea Mitchell's botox.

This is not a post about how her blog sucks.  We all get that.  And it's not about her being rich, though she should pay her damn writers.  This is about there being two parties in this world, the haves and the have-nots.  And to these two selfish haves, politics is a show and a game and something to do to 'make your mark' between vacations in sunny Italy.  Fuckwads.


For cavorting with the nation's enemy in the name of celebrity, while pretending to be a progressive, Arianna Antoinette should never be paraded as our spokeswoman.  She should be dragged in a hay cart though the public square and pelted with recalled eggs, the end.


PS I love how due to this post, Google Ads thinks it would be a good idea to post Newt Gingrich ads on this blog.   Since I've never seen a dime from them, they and he can suck it.
permalink 4:37 PM

Email ThisBlogThis!Share to TwitterShare to FacebookShare to Pinterest
Labels: this is the fucking revolution people