Americans are an endlessly optimistic and hopeful people. That's the good news. The bad news is, we sometimes can't tell the difference between fact and fiction.

Peggy Noonan and her neo-con ilk want us to believe that the torture memos are house clutter. It happened in the past and if we just set a timer for fifteen minutes and clear it out (you can't organize clutter after all you have to get it out of your sight forever) the living area of our national home will be organized and easy to manage.

It's so tempting to go through the stages of grief slowly with these memos, focus only on denial and bargaining and never get to the acceptance that our national house is built on a sinkhole of Republican fascism which, Drifty's right, started long before Bush One pardoned Caspar Weinburger on Christmas Eve, 1992.

We as a nation do not want to face the necessary, costly, yes painful, demolition, and that is why the Cheney's and Bybee's and Woo's and Bush's*** get away with torturing prisoners, raping the Consititution, and creating false wars to consolidate their hold on power, we can't say Orwell enough, forever and ever, amen. 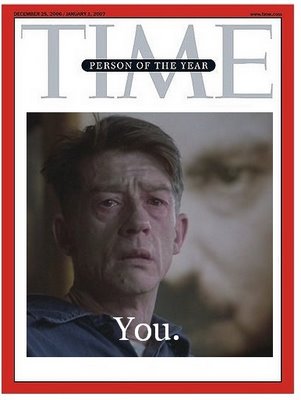 ***PS name one baby they've saved from abortion, idiot evangelicals. That Christian-slash-Republican teat you think you've been sucking on is actually Cheney's dick. The end.
permalink 9:59 AM