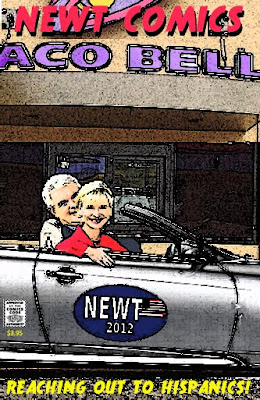 PS. Another elephant in the room, is that no politician is willing to say we're simply not allowing enough Mexicans into the United States. Fifty thousand a year is pathetically low for two countries sharing a border, with the populations and economic disparities involved.
permalink 11:11 AM

Email ThisBlogThis!Share to TwitterShare to FacebookShare to Pinterest
Labels: Newt Gingrich is such a goddamn fuckwad