Spending the weekend in Washington, DC 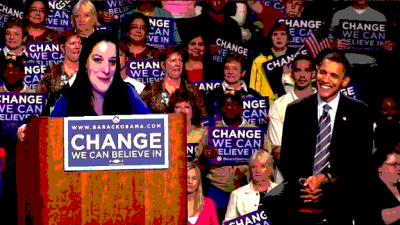 It's not what you think and sure, I'd rather be in Chicago where the decisions are being made.

Of course, if the President-Elect were using "Palin Rules" to select his cabinet, I would be Secretary of Commerce because I've shopped. But then again, never at Neiman's.

Speaking of Palin, can you imagine the potential photoshops that will come from the 2009 Sarah Palin Calendar? This blog just won't go there, you betcha.

Anyhow, for real: I'm going to meetings arranged by Americans United for the Separation of Church and State. I was honored with their first ever "Postie" award last year, and it's a delight to go to meeting (ha) with them again. It's a better, happier time politically for all of us.