I wanted this to be a movie but since I have to spend an extra couple of hours each day this week (a) deciding if it's worth the risk and effort to go into another room (b) picking up my crutches and standing and (c) actually getting there in thrice the time it ordinarily takes, I am just going to make it a post.

None of these Photoshoppers need any publicity from me, but they are among my favorites (in alphabetical order by blog name) and this is my way of saying thanks for what each of them does.

I noticed when I compiled this list that each of these artists also has the gift of writing well, and that their talent for illustration is often, though not always, in service to their writing genius.

1. Mark Hoback of The Aristocrats. 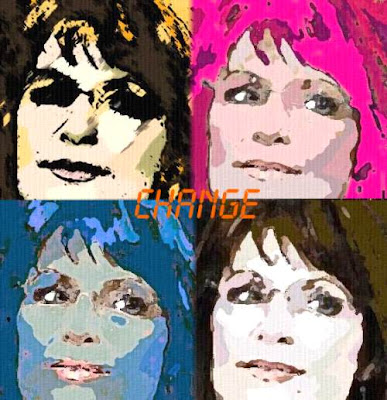 I'm really privileged to be on the Aristocrats masthead for how little I actually contribute there. Not only is Mark the resident photoshopper there, he only occasionally keeps us in line by insisting on original content for the whole blog. I love that. (BTW Zappadan is only a couple months away, folks.) 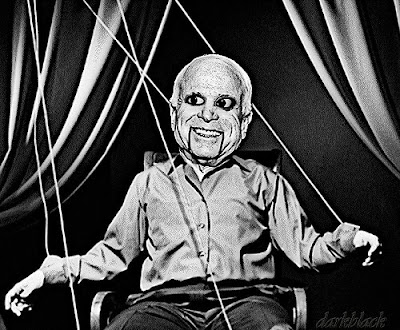 I've said this to him before, but Darkblack proves the absurd limitlessness of art. Darkblack has very few of the filters that stop other artists from saying what so often just needs to be said. Nuff said. 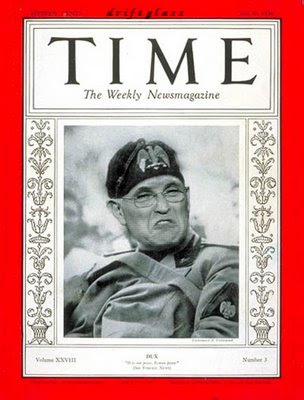 The Photoshops DG does often have some historical reference, and are done with such precision that...well, is that a little OCD peeking through? Probably. I totally forgive that because his writing blows me away every. single. post. 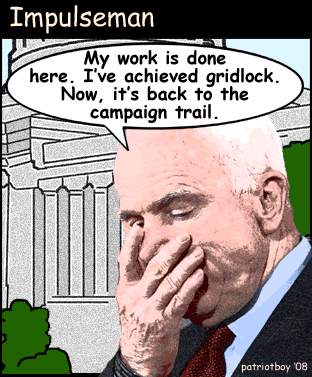 Well, at least I've gotten everyone to stop genuflecting every time he shows up at Salon. There is only one General. Incidentally, I love his nickname for Palin: "Bible Spice." 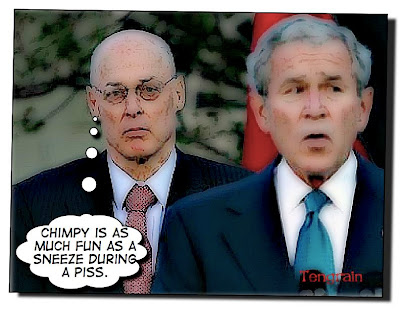 I love Tengrain. Not only does he do great photoshopping work, but he's really created community with his Scissorheads. Salon would not be the same without him. 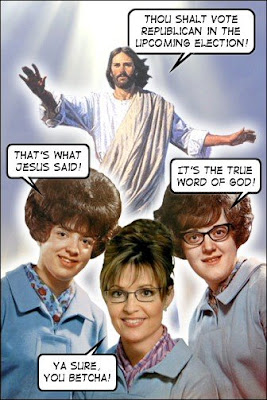 Another huge community builder and Presidential Candidate in his own right. Zaius is not only at the end of the alphabet, his photoshops are at their own far end of the artistic spectrum. That's a very GOOD thing.

I used to call these guys the Photoshop Six but there are sevens and eights and others out there. Morse at Media Needle has left photoshop for film, and there are other talents out there that I know in my broken bone haze I'm forgetting. If you know who they are, remind me in comments. Thanks.
permalink 10:37 AM

Email ThisBlogThis!Share to TwitterShare to FacebookShare to Pinterest
Labels: blogtipping