All my plans are ruined?

I was going to make a video against the nineteen GOP Senators up for re-election in 2010...but too many of them are retiring. I'm almost gonna miss Kit Bond and Sam Brownback, except David Vitter and Jim DeMint are said to be running.

I hate resorting to internet algorithms, but...

It must be hard switching from majority to minority party, not to mention switching from SOTU with a batshit lying inarticulate Preznit who only asks you stand up and cheer the ideology, versus a reasonable President who wants you to, like, get stuff done and have ideas and contribute and shit.

The Republican National Senatorial Committee is looking for 2000 Facebook supporters.*** Good luck with that. 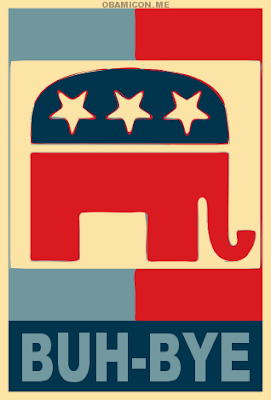 ***clicking the link does not make you a supporter, pinky-promise.