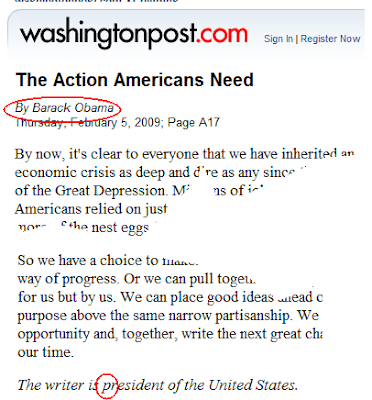 That small "p" in president looked wrong to me, but better editors say it's correct.

Wapo knows that any and all typos will be laid at the feet of Bill Kristol.

I love what Malacandra on Twitter said: "I think Barack Obama's OpEd is really good. I just hope it gets read by someone with some power and influence."

Click here for the oped from the president (that "p" still looks wrong to me) of the United States.

Be warned regarding the oped: it's the same measured, sane, competent, boring bullshit we're all just gonna have to get used to. I still think he needs to go all Rahm on the GOP's ass.
permalink 1:54 PM