A Chicago Pol Worth Supporting 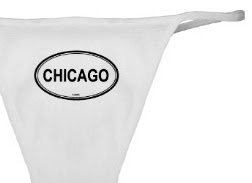 First of all, thank you so much for those who have responded to my fundraiser.

Oh, wait, that's not me, that's Illinois 5th Congressional District (Rahm's old seat) candidate (and domestic terrorist, obviously) Tom Geoghegan. I was (for real) on a blogger commie conference call with Geoghegan last night. That he's happily talking to vituperative bloggers of the Left tells you where he is on the political spectrum, and yeah, you should give him votes and dollars if you can spare them.

Mr. Geoghegan is absolutely correct on lots of things, and I like him. He's humble and realistic enough to say that getting a left-wing progressive elected to this seat at this point in time is more important than anything he'll be able to do as a rookie congressman. And he introduced me to a reframing of the healthcare debate that I consider a big plate of awesome:

He said stuff along the same lines re: pensions. It was then that my four-year-old, who, when Geoghegan said "pensions are being cut to the bone", thought he said "penchant for annoying mommy-on-the-phone," and proceeded to demonstrate. Sorry I hadda hang up on you, Tom honey. I'm your newest Facebook friend.

***But like Geoghegan, I'm fundraising this week, and unlike the Congressional candidate, during my quarterly fundraiser I'm only asking for nine dollar donations, and I won't save your email addy to hit you up for more. So for what Geoghegan is paying for, oh, three seconds of ad-time in the Chicago media market, you can say you paid your share for three months of Blue Gal. (Sucha bargain!)