It's not ideology if you're doin' it right. 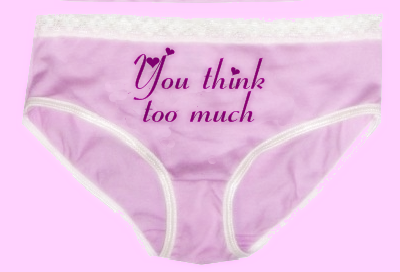 You'll NEVER guess who wrote this:

No longer can the American media be relied upon to bring us fact-based information. The news media has entered the ideology business much like talk radio. This will greatly harm the nation, as unbiased information is critical for an informed citizenry. The collapse of journalistic standards was a huge but largely untold story in 2008.

Bill O'Reilly at Townhall.com. No I am not making that up. Here's the dangerous link if you dare.

This seems to be ideology week amongst the pundits, with EJ Dionne leading the charge that progressives don't need no stinkin' ideology (emphasis mine):

Many of the programs that conservatives have pushed have been based more on faith in their worldview than on empirical tests. How else could conservatives claim that cutting taxes would actually increase government revenue, or that trickle-down economic approaches were working when the evidence of middle-class incomes said otherwise? ...Right now, being empirical is in the progressive interest. Note that data show that the parts of the stimulus package most congenial to liberals (increases in unemployment insurance and food stamps; fiscal aid to the states; government spending on public projects) are also the parts with the most economic bang. In other words, progressives don't need ideology to make their case.

There is only one reason for progressives to hide what is called an ideology: anytime Progressive ideology is mentioned, we're called socialist, anti-American, commie pinkos by the Noise Machine of the Rupert Murdoch media empire (I'm gonna have to stop you there, Blue Gal).

So instead we talk in "practical" terms about empirical solutions, and abandon the thinking and philosophy behind them, because, frankly, Bill O'Reilly has pussy-whipped us.

I do think we liberals are addicted to processing as much as outrage. (Grace the Spot owns processing as a lesbian thing but it's not exclusive to them). That's why we listen to NPR, do online cryptoquotes and get creative with our sexy sides. We spend a lot of time in the realm of the intellect, because it's our happy spot.

My sense is that Obama is attempting, with great calculation, to mute the noise machine that would use name-calling to stop his wonk-oriented governance. His process is bound to drive us commie eggheads a little nuts.

PS. Don't make me try and love you now, Chris Matthews. Good job keeping KO from flame-jumping out of his shorts, though. He makes the point exactly about Bush and ideology at the 2:45 mark:

Today is the last day of my quarterly fundraiser.

It's not a bailout, and it's designed so that no individual has to borrow from the Chinese or the Saudi royal family to give. If you have nine bucks or less to give to the cause of good internet writing and a hard-working advocate for small indy blogs, I thank you.