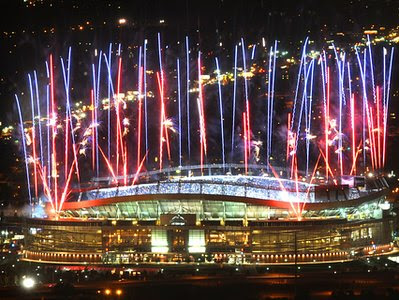 We're having rather noisy thunderstorms here last night, so 4yo was up during the final minutes of Obama's speech.

She's changed her mind. She doesn't want a birthday party at Chuck E. Cheese's, she wants it at Mile High Stadium.

The speech was wonderful, populist, true. I still got a sneaking suspicion that the real winner last night, culturally speaking, was Simon Cowell. The American Idol-ization of our nation's presentation of itself is complete.

The other cultural winner? The late Jerry Falwell. Did anyone watch the convention via the Democratic Party feed? The post-speech invocation came right out of the Crystal Cathedral. There were actually Democrats (white Democrats, mind you, we STILL marginalize Black faith in this country) weeping and nodding with their hands open to the sky. At a Democratic Convention. You guys know I'm a believing Christian but this public display of affection was, well, distasteful. I liken it to a gay man sleeping with his mother's best friend's daughter. It was like we needed to hump the cross to prove something to some suspicious authority.
permalink 7:57 AM