Weighing in on Biden 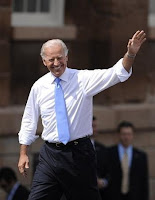 I suppose I should weigh in on the Biden choice here.

I think it was a boring choice... and exactly what Obama should have done.

He did say "literally" too much, and there's the plagiarism thing, but really, can most Americans spell that word without looking it up?

He's an old white guy (check) and everybody knows who he is to the point of ennui. My point exactly. America has enough adjusting to do with Obama himself. I heard one lady citizen on NPR express disappointment about his not picking Hillary, and then she "literally" said, "I think it would have been so historic to have both a woman and a ("literally," she stumbled over the next word rather than paused)...um, Black person on the ticket." Sigh.

On topic, I think one of the reasons Hillary did not get the spot (and may have turned it down cold) is the completely different cultures of the two campaigns. Pop Quiz: Do you know who this person is? 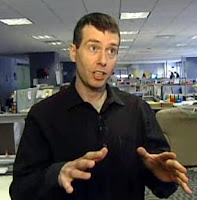 Think about it for a minute. Now tell me who these people are:

Oh. And this person: 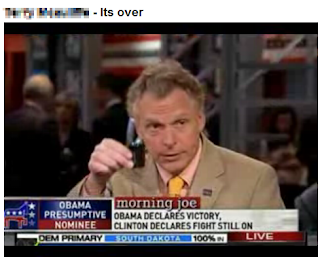 I'll bet regular readers of this blog can name at least two of the latter four shown above, and remember the interview with the last one and where he got the rum.

I had to Google to find a picture of number one, and then I was surprised (though I shouldn't have been, not at all) that he looks just like every pasty white guy I've ever had the privilege to sit beside in a bi-weekly IT staff meeting.

That's Obama's campaign manager David Plouffe. I get almost as many emails from him per week as I do from desperate Nigerian heiresses. And until this writing I really had no idea what he looked like.

To ask Hillary Clinton to jettison her posse in order to be Vice President would have been unfair. (But don't get me started about their culpability for her loss.) If she was asked, under those conditions, I'm sure she turned Obama down.

But the Obama campaign has not rolled this far to the White House with a lot of celebrity politicos riding the bus. And it can't start now. The decision to NOT choose Hillary was mutual, I'm sure.