My immediate first thought when I heard it might be Palin... 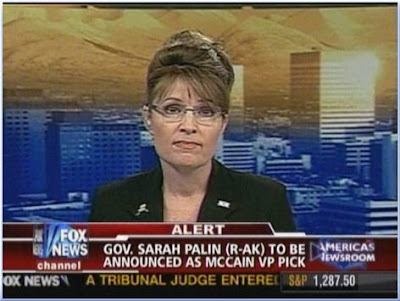 ...swear to Gd the first thing I thought was, "Princess Sparkle Pony's prayers have been answered." He's had fun with Condi and had to switch his satire to Ursula Plassnik (foreign minister for Austria) but now McCain has chosen the runner-up from Miss Alaska 1984 (no, really.) for his running mate! OMG! 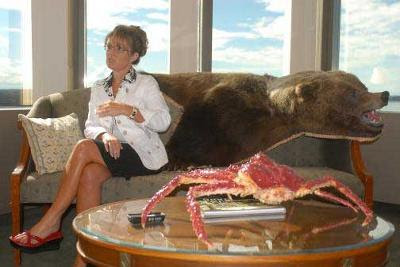 I think Palin will be perfect Princess foil, as she sits on a bearskin sofa cover in front of a stuffed giant crab, wearing bad red sandals. (Damn PSP's on vacation until Tuesday.)

Bookmark him, ma hunnies. It's going to be a lovely seventy days or so over there.

She makes McCain look even older, doesn't she? And shut up, Christian Conservatives will NOT vote for a woman who was in a swimsuit competition. Betcha.
permalink 10:13 AM