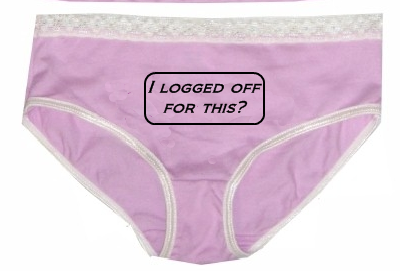 Aw jeez. As I said on Twitter, I'm convinced that David Plouffe has autism, because a neurotypical sharing a stage with Karl Rove woulda slugged him thirty 'leven times by now.

His WSJ article, click before Rupert puts a TAX on reading it (ha)....

In the Bush White House, I served on a five-person committee charged with recommending nominees for Supreme Court vacancies. We had the opportunity to do so twice, though admittedly it took us three nominees.

Oh come on Karl, out with it. The one out of three candidates Rove's committee came up with was Harriet Miers, chosen purely for ideology rather than competence.

Aside: What is it with Republicans doing that vis a vis women candidates? Miers, Palin, Katherine Harris, Michelle Bachmann. They are there to look pretty and say the crazy without displaying a smidgen of intelligence. And it's not like Olympia Snowe is unavailable, but she probably won't spout their political ambergris. If I didn't know it for sure, I'd have to guess that Rupert and Rush and Hannity secretly hate women or something.

Anyhow my point, and I do have one, is to lol over Rove's final sentence.

This confirmation battle will remind people that elections have consequences, few of which are as important or lasting as a Supreme Court nomination.

Oh Karl honey, you didn't need to remind me of that.

Michigan continues to lose manufacturing jobs. What can the federal government do to help stem those losses or replace the jobs?

The Democrat answered this question in 317 words, some of which were words like "manufacturing" and "jobs." He elaborated a bit with words like "education," "training," and mentioned specifically two pieces of legislation that will address the problem.

Here is the Republican's answer in its entirety:

Cut taxes while beefing up funding. Fix the roads and encourage entrepreneurs. I guess entrepreneurs are the ones "beefing" without tax revenue. Mister Lynch? Your answer severely lacks in the beef department. So does your congressional career, since you lost.

And I'm sure Dingle's answer was written with the advantage of incumbency interns, but this intern gets points for, um, answering the question.

Elections have consequences, folks. Karl Rove said so.
permalink 9:37 AM

Email ThisBlogThis!Share to TwitterShare to FacebookShare to Pinterest
Labels: politics