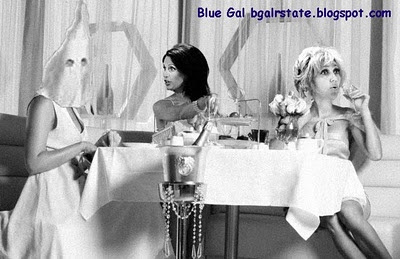 I'm waiting for Michele Bachmann to stop saying "freedom" long enough to publicly reject anyone who makes threats to the life and well-being of elected officials.

I'm waiting for her to stop saying "founding fathers" long enough to call out the birthers as delusional misfits whose case is long-lost and based on nothing but racism.

I'm waiting for her to tell her movement that there is no space at the tea party table for those who would use violence, conspiracy theories, or lies to gain political power.

I think I've got a very long wait ahead of me.
permalink 9:55 AM