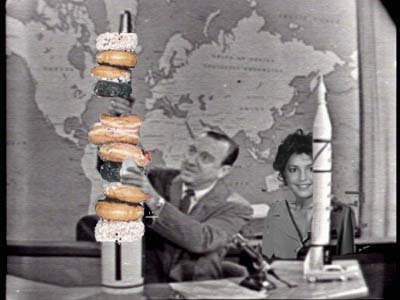 1961: Walter Cronkite covers mankind's destiny of 'donuts triumphing over the Space Race.' Miss Sarah Palin, "You Are There." 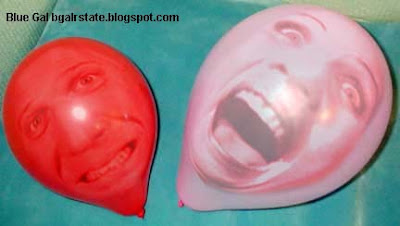 Glenn Beck is outraged (yeah) over Chris Matthews's use of the term 'balloon head' to describe Congresswoman Michele Bachmann. I think he's got a point, Tweety (well-known for his blank-stare "Of course I believe in equal rights for chicks!" sexism) isn't adding to the conversation in that instance, but then Glenn Beck should talk.

And of course now the story on the right is about how the very angry Glenn Beck "called out" Chris Matthews, rather than how the Tea Party the Republican base wants their politics presented to them by Carol Merrill of The Price is Right Let's Make a Deal. {Thanks commenters for exposing that error.)

Last day of January and I almost forgot to hold a fundraiser for this here blog. I do this four times a year, just for me and the kids to make a couple ends meet for once, and pay for an extra treat for the kids from time to time.