The real problem for the teabaggers 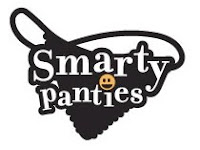 I'm convinced, is that in addition to being Black, Obama is, let's face it, Better Smarter Faster than you. Obama is a threat because Americans are racist? Not so they would admit it. But will Americans admit to being anti-intellectual? 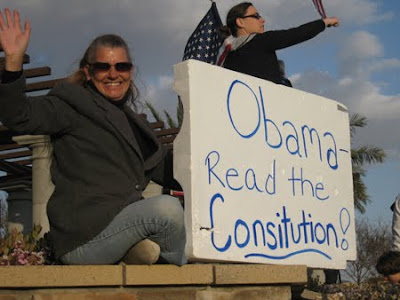 I took President Obama's speech to the United Nations from this morning and pasted it into a grade-level readability analyzer:

A Fleish Reading Ease score between 50 and 60 corresponds to a 10th/12th grade level of reading difficulty. The LOWER the score, the more difficult the reading. Obama's speech scored at 65.52, or about a 9th grade reading level.

The Fog Scale compares syllables and sentence lengths. 'Foggy' words are words that contain 3 or more syllables. "A fog score of 5 is readable, 10 is hard, 15 is difficult, and 20 is very difficult." Obama's speech to the UN had a Fog Scale of 11.9.

Government agency standards for website writing indicate that half of Americans read no higher than the 8th grade level.

I'm not suggesting that Obama dumb-down his speech to the Muther frakin' United Nations. One would expect a UN Ambassador to be educated, and for sure, I didn't grade Obama's stump speech for readability. Just hearing that speech in my head I know was much more folksy and used, well, shorter words.

But I think it's really important that we intellectuals/liberals,

[and yes the terms are nowadays pretty much interchangable, given that the David Gergen/John Dean/and yeah George HW Bush 'intellectual' wing of the GOP has been interred with what was left of John McCain's integrity pre-2008]

keep constantly in mind, especially when confronted with "the Mob", that even on the radio Obama is a threat. Every time that man opens his mouth, he's smart, and that is anti-American. Pathetic as it is, Glenn Beck getting a chalkboard on his set is a perfect foil to / illustration of the real threat posed by Obama: Glenn Beck makes slightly racist and definitely anti-intellectual people feel informed and smart.

I would have loved it if Senator Specter had responded to Katie Abrams' lecture about returning to the Constitution (I'm not sure how she spelled that in her notes so I'm gonna give her the benefit of the doubt) "Ma'am, I appreciate and support your concern: which branch of the Federal Government do you feel is most responsible for upholding the Constitution?" just to watch the deer freeze in the headlights.

It came as no surprise when Daily Show/Colbert viewers turned out to be smarter than O'Reilly viewers. Let's face it, Colbert's IQ? It's called having so many brain cells, that you can cast a whole bunch to the floor so they can jump up and dance an endless jig around your opponent's sleepy brain cells:

And then we have to deal with the Jewish Intellectual Conspiracy and represented by one Senator (still can't stop smiling) Al Franken, who decided to read the Fourth Amendment to the 'Consitution' (sorry Al, no benefit of the doubt for YOU) to a DoJ official who was defending the "Patriot" Act. [I'm asking the C&L team to get video.]

Noting that he received a copy of the Constitution when he was sworn in as a Senator, he proceeded to read it to Kris, emphasizing this part: “no Warrants shall issue but upon probable cause, supported by Oath or affirmation, and particularly describing the place to be searched, and the persons or things to be seized.”

“That’s pretty explicit language,” noted Franken, asking Kris how the “roving wiretap” provision of the Patriot Act can meet that requirement if it doesn’t require the government to name its target.

Kris looked flustered and mumbled that “this is surreal,” apparently referring to having to respond to Franken’s question. “I would defer to the other branch of government,” he said, referring to the courts, prompting Franken to interject: “I know what that is.”

Oh I'm sure you do know, Mister Smartypants Harvardite just like that colored fella in the White House. You think yer Harvard educations just make you better than the rest of us, don'cha? I guess DoJ guy never got asked about the "consitution' under BUSH. Bush was a good Christian man, a fool for Christ. And we were politically asleep while he raped the 'Consitution,' but we sure were prayin' for him. In our sleep.

And DoJ stooge thinks a Senate Hearing where a member reads the Constitution, and unlike Katie Abrams knows his branches of government, is "Surreal"? Are you fucking kidding me? 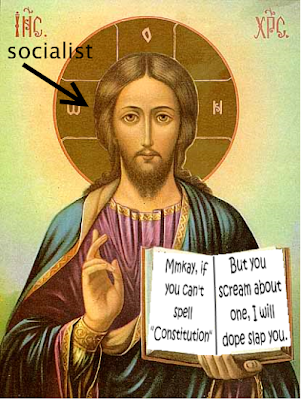 Full disclosure I have a Master's Degree from Harvard Divinity School, where Socialist Jesus and I used to hang out, drink too much coffee, listen to old skool Elvis Costello, and plot against The Man (Reagan).
permalink 12:43 PM