A quick letter to my congressman 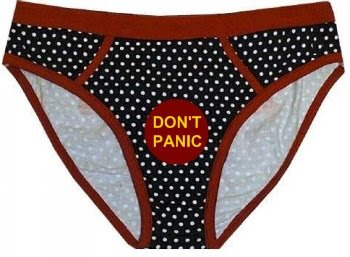 And yes, I'm printing this on paper and putting a real stamp on it (minus the panties image).

The Honorable John Shimkus
US House of Representatives
Washington, DC 20515

I want you to vote in favor of the stimulus package as proposed by President Obama.

I am convinced the large majority of Americans are panicked about the current state of the economy. Those millions (yes, millions) of Americans, either newly unemployed or long-term underemployed, are looking primarily to the Federal Government, to YOU, to provide relief. So are governors and mayors, many in your own (Republican) Party.

Economy is as much a result of communal belief as actual value. Taking bold action WILL help, by changing the mentality that says there isn't enough.

It's high time we invested at home, in getting the middle- and lower- classes to work, in education, and in rebuilding roads, bridges and levees.

Nitpicking and obstructionist politics makes you guys look even more pathetic than you did running with Sarah Palin on the ticket, cheering Ronald Reagan tributes at your Convention. We're in a crisis. You can continue to be the political party marked with a giant FAIL on your foreheads, or you can work with the president to get 'er done.

If you let us down, we'll remember that you did.

With all good wishes for the health and welfare of the country we both love,