Worst Editorial of the Week.

Is this one in Rupert Murdoch's Wall Street Journal.

The left won't admit that Sarah Palin had a point about rationed care.

...but you know, when everyone wants health care and sees it as an entitlement there won't be enough to go around so people will die.   Which means Sarah Palin was right all along and people who believe in Death Panels are crazy like a FOX.


PS.  Screw "adult conversations" about cutting entitlements.  The GOP has lost all credibility about deficits when they held the nation's agenda hostage for tax cuts for millionaires.

But we do really need to have an adult conversation about death.   Because the grim reaper is going to get all of us.  Even the WSJ made a joke about 100% mortality rates in Americans over the age of zero.

Universal insurance coverage is the right, sane, compassionate, and cost-effective thing to do.  It does not mean that people won't die.  It means that people have health insurance.  That's a good thing.  People with insurance are healthier and live longer.

There are plenty of people who have insurance who are afraid or too busy or whatever to seek care when they need it.  People find out they have cancer too late, for instance.  The Ad Council stays really busy with PSA's attempting to convince people to see their doctors. 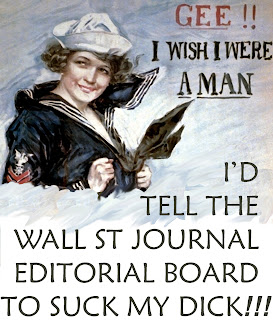 Email ThisBlogThis!Share to TwitterShare to FacebookShare to Pinterest
Labels: stupid ideas that never should have seen the light of day