What Rahm Emanuel doesn't give for my opinion: 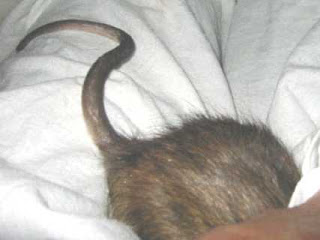 A rat's behind. (And just be thankful it's not a horse's head, neither, Blue Gal)

That's understandable. His job is to make things politically easier for the White House. That's his job. Nevermind party leadership.

But there's a really big problem in our democracy today, and Rahm Emanuel is poster child for it. The problem is politicians who want to forgo or avoid the democratic process in order to keep their cushy jobs. Arlen Specter is only one example of what has become a blatant practice among several elected officials.

And then there's Senator Kirsten Gillibrand of the same state. It turns out Rahm Emanuel had a little talk, a little chat, ya know, wit' summa the lady's possible competitors. He persuaded some guys on behalf of the President, who indicated he'd even take the lady by the hand and walk some of the old neighborhood on her behalf.

Emanuel indicated that the nation’s first black president was prepared to barnstorm through New York’s black neighborhoods hand-in-hand with the junior senator, employing his appeal to African-Americans to a political degree he usually avoids.

And in the end, it wasn't as New York Magazine put it, "an offer they couldn't refuse" it was more like...

Rahm Emanuel doesn't give a shit about lefty blog idealistic fantasies that voters should have a choice. He's from Chicago, where voters are not choosers. You have yours, they have theirs, but the decision is made by the one who has the most boots on the ground to get theirs to the polls. And if you can stack the deck ahead of time to make a deal, so much the better.

Warning: this all works if the snow is plowed in a timely manner. Otherwise all bets are off. Why do you think Streets and Sanitation is run by the mob?

But here's where I part company with Mr. Emanuel and particularly Ms. Gillibrand, is a line of bullshit these Democratic incumbents are pressing, about we're streamlining the election process because of the current economic crisis. Gillibrand is taking dictation from Bloomberg and Specter and a host of other incumbent politicians who argue "stay the course" because we need them:

Sen. Gillibrand, on a visit Thursday to Newsday, was asked this question for the record: Why should she, as a governor's appointee to the post, get to avoid the prospect of a Democratic primary?

"And I do think it matters that we have as many resources as possible, all our elected leaders focused on solving those problems. And having a united delegation, I think, does make a difference in getting that agenda passed through the House, passed in the Senate, and getting the resources we need onto Long Island and into New York."

So it's about pork for New York, and we incumbent Democrats are indispensible because these are dangerous days? Please. Obama as FDR, maybe, but Kristin, you're no Eleanor or even Frances Folsom, if you're looking out for number one and the five boroughs above all else.

I have a lot of sympathy for people considering facing a horrendously expensive Senate Race. They cost a million bucks, at least, and that is no more democratic-small-d than Rahm Emanuel's backroom deal of the week. But there are two options for avoiding this expense:

change the system or
don't run.

The grueling election you go through periodically is more than aptly rewarded by lunch in the Senate dining room alone, people. You're bobbing and weaving around primary challengers to keep the most sumptuous job on the planet. It's expensive, but remember, Senators and wannabes, unless your a self-financed millionaire (and voters are often squeamish about electing those) it's usually other people's money.

I seem to remember a lot of blogger angst that Cheney/Bush might pull a repeal of the 22nd Amendment and keep the Presidency permanently, arguing some national crisis. It was the big April Fool's joke of 2008.

If we put up with that kind of crap from Democratic candidates, who's the fool now?
permalink 10:44 AM