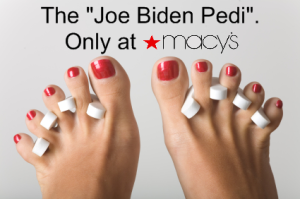 I had a terrific exchange via Twitter with Joan Walsh of Salon.com this weekend. It concerned Sarah Palin and sexism. I think Walsh and I agreed that sexism definitely exists where Sarah Palin or any woman politician is running, but it's hard to pin down the sexism with Palin because she is so uniquely unqualified. Pointing out her lack of qualifications as well as making fun of her ignorance is not necessarily sexism.

I tried to make the point on Twitter, which is hard in 140 characters, natch, that the story of the Republican Party since Reagan has been to abandon qualifications in favor of ideological purity, particularly when it comes to abortion. I don't know why the religious Right continues to be fooled on this; Karl Rove never stopped an abortion and never will, but figuring out Republicans is, as Obama once said about when life begins (stupidest thing he ever said) above my pay grade.

Sarah Palin's prominence within the Republican party is a direct beneficiary of that trend. Her pure conservative ideology trumps her lack of qualifications/knowledge with the party base. Notice this is true of many male politicians in the GOP as well. Tom Tancredo, Kit Bond, the entire staff of the National Review Online: intellectual lightweights who gain prominence in conservative circles solely because of their ideological 'purity'.

No one should be surprised when David Letterman or Chris Matthews makes a sexist comment about Palin. Consider the source, call them out as sexist bastards, and move on. And if Letterman ever flies a commercial airline again, I hope some non-slutty flight attendant spills bad coffee right on his testosterone also too.

But it's hard to know what to do when MSM (and it's high time to include Huffpo in that category) points its laser beam eye onto Sarah Palin's toenails.

Which is worse, that the media is focused on such nonsense, or that a person who is clearly planning on running for the highest office in the land paints her toenails to look like Minnie Mouse on acid?

Dear Governor Palin, as the mother of two very young girls I get it if little Piper did your toes. But mom to mom? Wipe off the polka dots before you do the Autism fundraiser. And you probably already know this, but your red shoe fetish often distracts from everything else about you. Dear gawd, of course you know that. Nevermind.

On topic and in Sarah Palin's defense, I also think every party's Presidential and Vice-Presidential nominees should be given a clothing/grooming budget for themselves and their families by the national party apparatus for their campaign appearances. All pundits should simply STFU about that. Let's agree that after the conventions, Sarah Palin and Michelle Obama and Joe Biden alike can do their hair and buy their suits on their party's dime (and on a budget, please) without criticism.

Of course, when the budget includes white nail polish for the toe polka dots, let alone suits from Neimans during an economic crash, we won't be able to resist. We'll also pay attention to the candidate's recall of Supreme Court decisions and basic world geography. That's not sexism. That's politics.
permalink 9:15 AM