Carnival of the Liberals 33 - Now with limericks!

When Shakespeare's Sister did her Carnival Number 30 in poetic form, I just knew I had to one-up her. So I promised her...limericks. What an idiot I am. For those of you who hate limericks, I linked each post again at the end without limerick accoutrement.

By the way, the first stanza is for those readers coming here from Crooks and Liars. Thanks, Mike honey. Rock the house and break a leg this weekend. xoxo

There once was a stringer from Lowell
To “expose” C&L was his goal:
The hack found, through his fishin’
That Mike’s “just a musician,”
The way George Bush is “just an asshole.”

I laughed hard at Montag’s good fable:
As he criticized Hilary’s “table.”
While she frys, in her pan,
AIPAC’S dish called Iran,
I choked on my Ethernet cable!

Quaker Dave may be silent and plain
But this blogger uses his brain:
It’s a snow day! Wear woolies,
And stand up to bullies,
Who would stop a pro-family campaign.

Okay, shut the door! Check the lock!
It’s time to go read Evil Spock!
You don’t need to be lonely
‘Cause Dating--Whites Only
Is a fabulous issue to mock!

By now you are asking the host,
“Hey, how ‘bout an anti-Bush post?”
Okay, here’s the war
And Joerg doesn’t bore,
In fact, you may like it the most.

And while we are chatting up war,
If we’re really just trying to score
Understanding, I’d bet
On a Vietnam Vet.
Yup, Rez Dog has all that and more.

This limerick I didn’t shirk,
But for this one it just might not work.
About torture? Bush crimes?
Hey, but at least it rhymes.
Oh go ahead, think I’m a jerk. 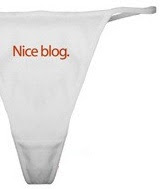 Tengrain’s post is well-written and fine.
He encourages us all to go sign
A petition, left-leaning
And his blog gives new meaning
To the words “Intelligent Design.”


The Greenbelt blogs something new.
Reminds Bush that it ain't World War Two.
He may own the Big Three,
But he doesn't own me,
And that's putting a stone in his shoe.

Recovering Liberal says it's our duty!
What you say? Why, a swiftboat of Rudy!
There's no ifs ands or buts,
('Cept we don't have the guts)
And are worried it might mar our beauty.

The last blogger has a solution,
To our social and gub'ment pollution.
It's long, and damn good.
And read it you should.
Doctor Biobrain's own revolution.

So that's Carnival Libs Thirty-Three.
It's been fun, don't you agree?
Now I'm out the door
See you at Thirty-Four***
If I make the cut! Oh well, we'll see.


***March 14 at Brainshrub. If you have a liberal blog of your own, and would like to host a Carnival, sign up here.

And for those of you who hate limericks, in sorta alphabetical order: