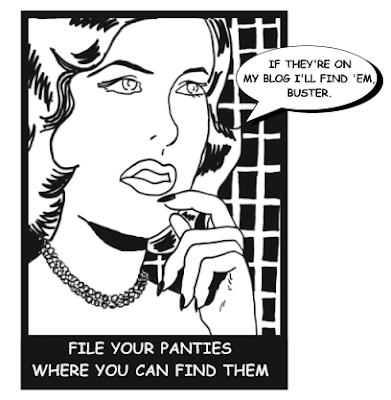 I was looking something up on my own blog this afternoon, and came across this piece, some of which is pretty good and worth saying again... - bg


Blogging has made me a better person. Bear with me for a little personal anecdote:

I came across a short, unassuming woman in a bad suit while waiting for a train to Toronto a few weeks back, and I noticed she had a totebag from some molecular biology convention. I struck up a conversation with her about her work in molecular biology, as if I know anything about that, which I totally don't. But I thought to myself, maybe if I talk to her I can learn something that will be blog-able.

It turns out she does some kind of protein study for a university in upstate New York. Her work is related to immunity, and why some cells are able to acquire immunity while others don't, and some lose their immunity while others keep it. Folks, I didn't understand a bit about the technical stuff she was saying, but someday she and her colleagues may come up with an AIDS vaccine. That is her fricking GOAL, people. She just blew me away, this unassuming woman who is a warrior on the real frontlines in the battle against AIDS. And she was delighted that someone at the train station was actually interested in asking her about her work.

I got on the train realizing just how glad I was that I had taken the time to talk to her, even if I wasn't going to use the conversation for my blog.

And then I just did.

I worry about those bloggers who are hoping to parlay their blog into something else. A job with a political campaign, for instance. I was a volunteer for Ted Kennedy for President in 1980 and Kennedy for Senate the next time. (Uh, have I earned my liberal-cred wings yet?) At the Senate campaign they had me do phone calls to invite donors to a fundraiser, and they asked me to use a false name when making the calls. For the phone calls, I was Kelly. Yeah, Kelly Suckashamrock, I guess was my last name, God forbid I should be anything but Irish Catholic for this gig. In both campaigns I was surrounded by highly caffeinated, fast talking, slick and horny pols who lived on the phone with one hand and made passes with the other. You can watch the movies: The Candidate, Bulworth, Primary Colors, Shampoo. That is really what it is like, and you could not pay me enough to go back there. Remember, in the world of Blue Gal, intelligence is the aphrodisiac of choice. Power is not. (And by "power", of course, I mean "being an asshole".)

Same for those who are looking to become pundits in some other media. Look, if I have to hire a media consultant to teach me how to do anything, stick a fork in me. I'm finished. I don't want to sit next to George Will and tell him he is wrong about global warming while George Stephanopolooza referees. I can tell George Will he is wrong about global warming right here, and call him honey at the same time. Watch me:

George, honey, you're wrong on global warming. Kyoto is not too expensive. And whether it makes a difference for the temperature of the planet, a cleaner planet is always a good idea. Love on ya, Blue Gal.

I worry about us bloggers. We're all so new at this, and blogging is such a lovely medium in its own right. Some of us are still at the stage of linking to news articles and saying "me too" to Eschaton and The General. (Well, some of us like to blog about how funny it is putting an entire package of Mentos into a 2-liter Diet Coke, but I digress.) Some of us have amazing, just amazing, talents, as artists, as writers, as humorists, and yes, as pundits. I hate, just hate, to see bloggers think of what they are doing as a stepping-stone to something "better," because in my humble opinion there is nothing better. I mean that.