Who did Barack Obama have dinner with last night?

And if this Harvard graduate had been cooking, I would have served this list a nice plate of crow: 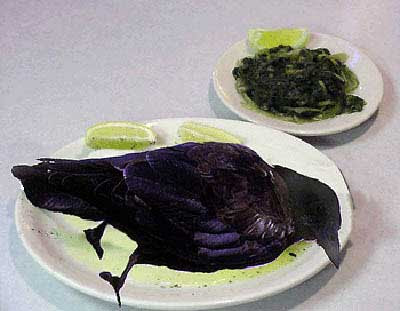 But I digress. Folks, this is NOT "Guess Who's Coming to Dinner." This is, perhaps, a mirrored, inverted version of The Grand Illusion, where instead of two aristocratic enemies recognizing that the war will destroy their class privilege, a group of class-privilege-ists agree that the "war against intellect" is over and it's time to sit down and reinstate the privilege to which they have become accustomed. I don't think anyone has any illusions, however, that all of the columnists in attendance sacrificed truth in the service of ideology.