I don't need sex to keep my blogger pencil sharp.

I was chatting up a male blogger this week and he pointed out we women bloggers can get away with more than men. A guy who posts a wet t-shirt picture is a sexist pig. A woman blogger can post this: 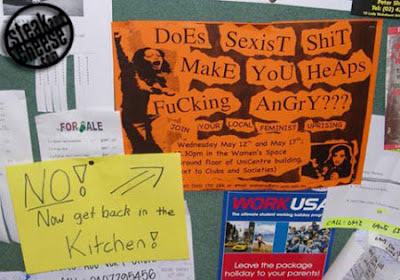 And laugh (which I did).

The latest "controversy" over sexism in the blogosphere has to do with a pencil sharpener that looks like a submissive female taking a pencil up the nether regions.

Sorry you can't hear my eyes rolling from here.

Sure there is real harassment and sexism in society and specifically in the MSM and blogosphere as well. But most of what passes for same is frat boy claptrap, and is not a real threat to a real strong woman. Sometimes a pencil sharpener is to sharpen pencils, less often is it a deeply offensive political statement, and sometimes it's just absolutely stupid.

I'm actually more offended that the female's head is replaced by the handle than I am where the pencil goes.

And BLOGGERS who think it's a good idea to post a picture of a really stupid, and to some offensive, pencil sharpener? For those, we have a lolcat: 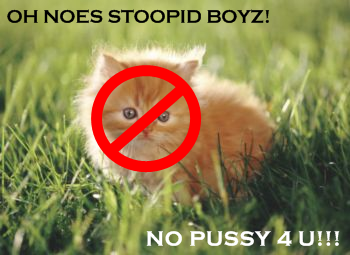