A test for Hillary Clinton. 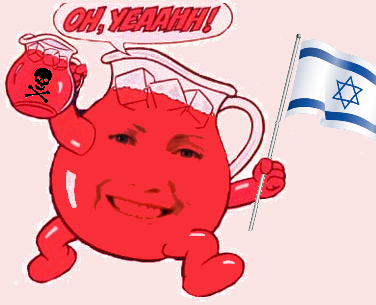 Nevermind. If she doesn't refer to what is happening in Gaza as a quote, "war crime," I'm going to assume she's still guzzling the AIPAC kool-aid. I hope rather than expect someone to ask her about this at confirmation time.

UPDATE: Okay. I wasn't going to go with the graphic above, which came to me several hours ago when I wrote the original post. But as I made it, I realized...wow, I'll probably be able to re-use this graphic a lot in the next few years. Fucker.
permalink 5:05 PM