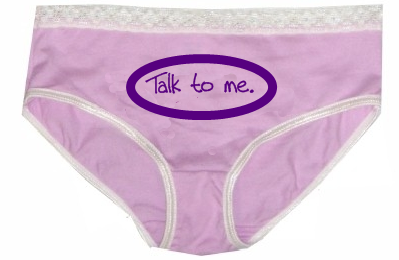 why do I have this uneasy feeling?

Competence is clearly trumping ideology in the next administration, and lord knows after two terms of Bush & Co. it’s time to get back to the idea of smart, capable people advising the president and executing his policies.

What I wonder is whether the members of this team, in addition to their grasp of the issues and success at achieving power, have a real feel for the needs of the people they are supposed to be representing.

I don’t doubt that they have the best of intentions. But the people at the pinnacle of power in Washington are encased in a bubble that makes it extremely hard to hear the voices of those who aren’t already powerful themselves.

And then he goes off on a "Washington insiders are too insular to care about poor people" riff, which is Herbert's job over at the NYT.

There are lots of editorials to be written about how government can better serve the underclass. And Herbert has written them. But this editorial was about something else, something less important perhaps, but it irks me that, like a cook bored with cooking, Herbert decided to cover his delicate salad with a jar of 'concern for the poor' gravy and be done with it.

The delicate salad is the "competence trumping ideology" meme regarding Obama's choices for his cabinet. And that they are Washington insiders, which brings competence but also insularity. And with insularity comes, yes, a lack of concern for those outside the beltway.

But that is where the blogosphere comes in.

I owe a great debt to Bob Herbert and his lost-in-the-middle editorial, because in a few words he's given us progressive bloggers a map to where we need to be. I giggle out loud at bloggers who are outraged that, gasp, Obama turns out to be a Washington insider himself.

Here we are, left-wing activists with a small podium, decidedly and by choice outside both Washington and the mainstream corporate media, and yet able to, apparently, affect the outcome of Congressional campaigns. Unless we decide, nyah nyah, we and our 238 commenters don't want to "march in lockstep." Because we're such independent free thinkers.

Please. Here you are, reading one of the tiniest blogs by a woman who considers herself the queen of the indy bloggers, and I'm linking to NYT and Kos today, Before I go over to the way big video borg blog (love them) to post something else.

Herbert missed the boat by playing the poor people card. Again, editorials about helping poor people are what he does very well, and we'll sure need more of them in the next little, well, forever. But this editorial was really about politics: the fact that Obama has the best of all possible political worlds in which to make life better for all of us. His support staff inside the White House are, well, insiders. There, competence, which is code for "insider knows who's who in DC and how to work it," trumps ideology. And his posse on the outside, not nearly so disciplined but face it, still on his side, is ideological to a fault and without apology. They're also the most technologically astute and interconnected bunch the world has ever known.

My job as one small blogger is to keep the faith, to make sure that progressive ideology (you know, like, "Washington insiders should not forget the underclass", that kinda shit) does not get lost in all the "competence" with which Obama has surrounded himself. If Bob Herbert can stay on message, he can help.
permalink 6:26 PM