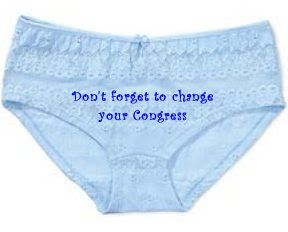 1. During his victory speech, John McCain was involved in some odd drinking game bet involving the words "my friends".

2. Mitt Romney's big problem is he thinks Washington is the current President. It's Bush, Governor. He's in your party. You supported him twice. Yes, we blame you.

3. CNN has casino pimp Ralph Reed and compulsive gambler Bill Bennett sitting next to each other as commentators. Oh, sorry. There's a bigass memory hole in between them.

thanks Mark Hoback for the panties
permalink 5:47 AM