The Don't Sugarcoat It Award for November 28 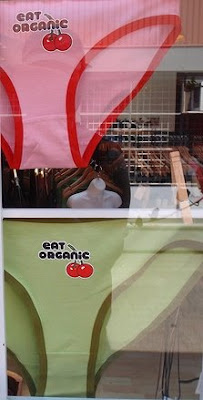 Dang it's been a long time since we had a Don't Sugarcoat It Award.

For those of you new to Blue Gal or who forgot, The Don't Sugarcoat It Award is for individual bloggers who write a post showing gifted prose and a flair for direct, frank, and occasionally, but not necessarily, obscene discourse.

I award these prizes when I find them, and you can't submit posts for consideration. It's a surprise to all of us that way.

Not only is the post Don't Sugarcoat It worthy, I totally identify with her aversion to cooking organ meat.

And although Übermilf is writing about a bit of a turkey gravy crisis, you may be relieved to know that in a subsequent post, we find that at least two women in her holiday household were eventually drunk enough on martinis to make adequate gravy. That's exactly how it should be.

As is usual with Don't Sugarcoat It's, leave all comments over there. Thanks.

[Ubermilf is from Chicagoland, and has inquired about a midwest blogger meetup in 2009. If you're interested, let me know. I'm thinking spring break or early summer, and I'll organize it. bluegalsblog AT gmail]
permalink 6:21 PM