And with those five words about his departed grandmother, Obama defines himself as undeniably Christian. (Even James Dobson can't contradict Obama right then).

And with those five words, Obama came "home" himself.

That sentence was, in the final hour, the most transformative of the entire campaign. No one can doubt Obama's ingrained faith after watching that.

The manner and cadence of the statement was entirely out of the black church tradition, too. He gets an amen from everybody on that.

That stupid Rev. Wright ad aired a gobzillion times a night this past weekend, will not be remembered tomorrow morning. The tears and prayer of a faithful grandson will be. 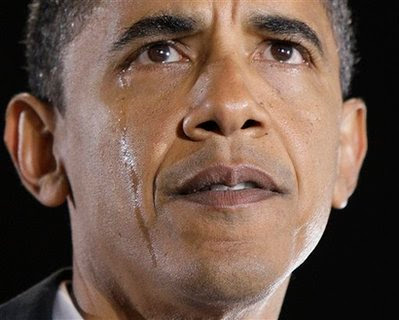