It's a woman/man thing. We wouldn't understand. 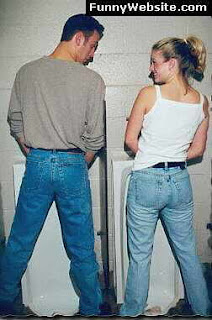 Seeing as I'm probably already on double-secret probation from certain concerned feminist blogger's collectives... for my panties, references to titty-fucking, not to mention my occasional admiration for things George Will has said, I might as well come clean and admit the rest.

1. I love the blog Hot Chicks with Douchebags, the sole purpose of which is to deride scenes like this: 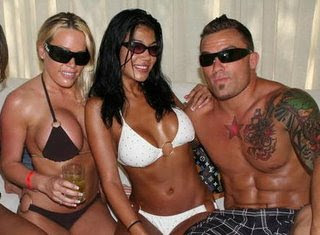 Yes he is a douchebag. And yes, from the safety and comfort of your laptop screen*, the two young women have, as the auteur of HCwDB, Douchebag 1, would say, "poetic boobies of boobage poetry."

*In other words, you don't have to attempt conversation with them about YOUR latest post quoting George Will. Do. Not. Attempt.

I can only read HDwDB about once a week. Otherwise my sides hurt too badly. And you are either like me and applaud DB1's book deal as a victory for all of us, or you think it another end of civilization as we know it. Okay.

2. I'm addicted to the morning drive show Lex and Terry. Not only is it occasionally eye-rolling sexist (Drunk Bitch Friday is particularly unfunny on the face of it, I admit) it is a, (gag) ClearChannel product. And I can't get enough.

Lex and Terry are guys. They talk sports, and I don't know what they are talking about, and I absorb the testosterone like a sponge anyway. They give love advice to men and women. (And in a great irony, they seem to assume that all of their women callers are hot chicks and their men callers are douchebags, unless proven otherwise. Women callers who clearly use men or are otherwise treating fellow human beings poorly get called on it. Men callers who claim to be in monogamous relationships are told to behave like adults. It's very refreshing.)

Sue me. I can't get all uppity about two guys whose website has a countdown clock like this: 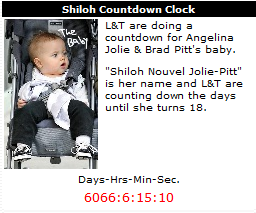 Yeah Maxim (aka the magazine for guys who can only aspire to be douchebags) stays on the magazine rack unread. But given the choice between Mother Jones and Esquire, I pick the "Women We Love" issue every. single. time. Ditto for GQ. The November issue of Esquire is typically good, and not just for its profile of Dennis and Elizabeth Kucinich (which is not online, dang it). I love their section called "The Vocabulary": "Yeatsian pounce" is reading Yeats or other like poets to "warm the cockles of both her heart and her loins." Hardly something that would impress a "hot chick" but would a "brainy chick" if you did it right. And then there's "Yoko," who is this, 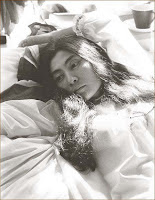 (n.) nickname for any woman who is a major force in her husband's personal and public life, significantly shaping his image and career through force of will, personality, or a whole lot of red hair. Can be added to the last name for comedic effect: "Yoko Bryant," "Yoko Kucinich."

I like new words and stuff. I also like letters sections that have the cahones to run "Context-Free Highlights from Letters We're Not Running."

All of this brings me to two life experiences. I remember in 9th grade thinking I would go to Smith College (I was a legacy, my paternal grandmother was class of '20 and great aunt somewhere around there, too.) By tenth grade I realized that every friend I had was a boy. I didn't talk to girls at school very much at all. Ever. I did not apply to Smith.

I also remember when the National Museum of Women in the Arts opened several years ago. My mother, an artist and a fine one her own self, said she would not want to be included in such a project. She called it a ghetto.

Not gonna separate ourselves from the menfolk, is what it means. Take it, Patty Loveless:

Is that what this is about though? That good funny writing based on politics and social commentary must somehow come from dominant paradigm (meaning male) language?

I don't think that's it.

It's true, dear reader, I do not know exactly where this essay is going, but I don't want it to turn into a 1980's graduate school paper: Blogs, Boobs, Brains and Bravery: Humor and Gender in Early 21st Century Electronic Media. Don't make me write what I wouldn't want to read. No, this essay is all about ME.

And yet someone (okay yeah a guy) told me recently that the appeal of my blog to male readers is that many men can't talk politics with their girlfriends and I'm a surrogate. Oh really?

I've been working on this post for about three days and as one friend told me, "Leonardo said art is never finished, only abandoned." So here. We'll continue this conversation in comments.
permalink 9:14 AM