The wives of the candidates - The Barbie Doll Edition

One thing I really hate about press coverage of the candidate's wives is the sense that they are so often treated in the media like Barbie dolls rather than actual women. Then I just decided to go with it. 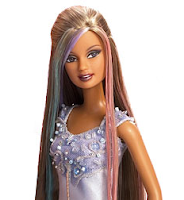 Geri Thompson Barbie: Google image search brings up 177,000 Barbies matching the description of Jeri Thompson. I picked this one because I didn't have to re-size it.

Fred Thompson's first lady herself is quoted in a recent AP article: Mrs. Thompson said, "I almost think they had to fabricate that trophy-wife stuff because there's nothing interesting to say."

Elizabeth Kucinich Barbie: comes with a Bachelor's degree in Religious Studies and Theology and a Master's degree in International Conflict Analysis from the University of Kent, along with a vegan Whole Foods shopping bag. 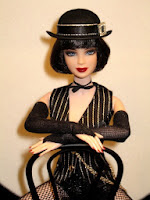